Presenting Charles Wright, founder of the Watts 103rd St. Rhythm Band a musical icon. For more than 40 years Charles Wright has created memorable music, which has apparently pleased people in many diverse ways. He is more than just an ole’ school musician—he is a music historian.

Charles’ Express Yourself Television Show is a musical exploration, a history lesson which takes its viewers to their most desired destinations. It showcases five decades of his experience as an artist and a record producer, and finally the star of his own television show. “His Message”

Charles’s message is “Express Yourself in all that you say and do, regardless of what others think, as long as you do not hurt or offend anyone.” A simple statement, yet one that has reverberated throughout generations.

Check Out My New Book

“Still On The Road To Freedom” contains historical moments, where the reader will experience inserts of the author’s life long before he gained his status as a musical legend. And like his music, Wrights’ story is a historical account of events that could only be told in his own personal and unique style.

Wright’s book, is about a young boy and his family’s trials and tribulations on a cotton plantation owned by a cruel sharecropper named Edward Miles, who was born with an unfair advantage, which he uses to dominate his subjects. At the critical age of eight, the boy’s father demanded he pick no less than a hundred pounds a day, which according the author, he has yet been able to deliver. But any time he failed, he faced yet another one of his father’s vicious whippings. His father was involved with the cruel hearted landowner, who owned four hundred acre as of fertile land, which he and his family were obligated to work 40 acre of. This of course, called for an oversized family, which at that time was a sharecropper’s dream. Continue Reading 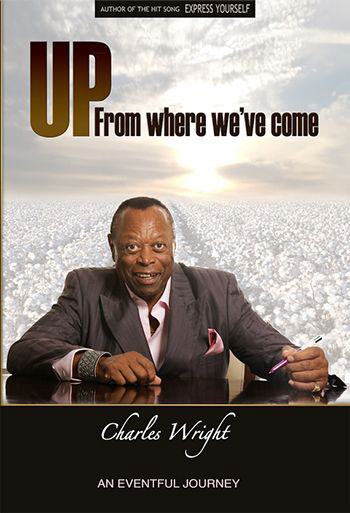