About Charles “Express Yourself” Wright

Charles Wright was born in Clarksdale, Mississippi, where he grew up and was musically inclined by playing the guitar and singing in several doo-wop groups, including, The Twilighters, The Shield, and The Gallahads. Wright briefly worked as A&R Director for Del-Fi Records and was responsible for the hit recording of “Those Oldies But Goodies (Remind Me of You)” by Little Caesar and the Romans in 1961. By 1964, Wright formed his own band called Charles Wright & the Wright Sounds, which included John Raynford, and Daryl Dragon, the “Captain” of Captain & Tennille.

Wright added more members to the group and they became known as the Watts 103rd Street Rhythm Band, and they played in several venues across Los Angeles. In the 1970s the band was best known for their world renowned hit, “Express Yourself.” It was written by Wright and distributed by Warner Bros.™, where it would hit #3 and #12 on the R&B and Pop charts, respectively. Another hit record under Wright’s reign was Do Your Thing, which set the stage for a 1970s pornographic study of Boogie Nights.

To date, Wright’s songs have been covered by legendary artists around the globe, including: Ray Charles, Les McCann, Della Reese, Roger Troutman & Zapp, The Ohio Players, and the Swiss Lon Genes Symphony Orchestra. During the rise of Hip-Hop in the 1980s, many rap artists sampled chunks of funk from Wright’s wax, including N.W.A. and their smash track, “Express Yourself.” Brand Nubian Funk, Naughty By Nature, Gang Starr, and Sean “P. Diddy” Combs also gleaned inspiration from Wright’s work. 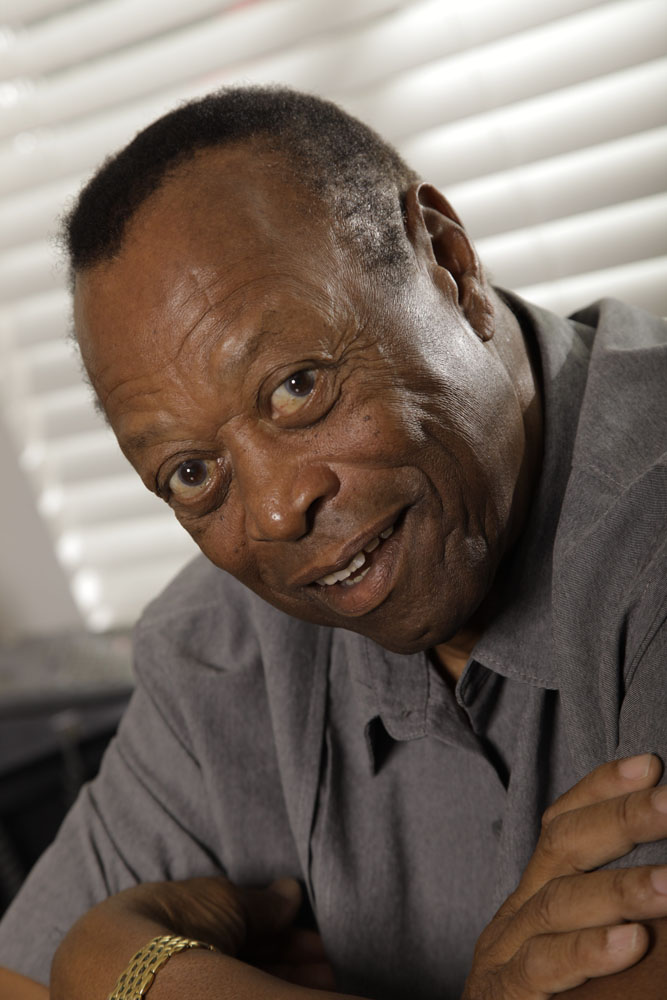 UP From Where We've Come Release

The Impact of a Hit Single

By the 1990s “Express Yourself” had been sampled in dozens of action and comedy films including, Mr. and Mrs. Smith, Cheaper By The Dozen, The Little Fockers, Panther, and The People Vs. Larry Flint.

“Express Yourself” has been endorsed by companies such as: Bitburger Beer ™, Algida Ice Cream ™, Nokia ™, The PGA ™, U Draw ™, Tide Soap ™, Nike ™, Burger King ™, Singer ™ Sewing Machine, Kinko’s ™. The song has also been used in the Spring ad campaign for Kohl’s ™, as well as a popular track that was played in start-up games for the LA Lakers.

The NBA featured the classic single in its 2004 “I Love This Game” campaign, and another compliment was made to the timeless appeal of “Express Yourself” when Good Morning America used it as a theme for their “Advice Guru” talent search.

Wright re-arranged a version of “Express Yourself” with a message to youth to “Protect Yourself” from sexually transmitted diseases. He performed the remake for fans at the first AIDS Walk Circle of Life Concert at the Los Angeles Greek Theater.

Charles Wright owns an independent production company, which has produced the documentary “Bring Back the Harmony,” as well as the concert presentation “Live at the Ford Theater.” In his latest venture, Wright produced Express Yourself, a television show that highlights legendary celebrities. The show will feature guests such as Little Richard, Brenda Lee Eagar, Hank Dixon of The Originals, and Charles McCormick of Bloodstone.

Currently, Charles continues to create iconic music with his latest solo album, Let’s Make Love Tonight. This latest release is dedicated to those who truly love soulful music. It is currently available online and in stores worldwide.

Contact Charles Wright today to learn about his career as a performer and songwriter. Charles proudly performs nationwide, with emphasis in California.