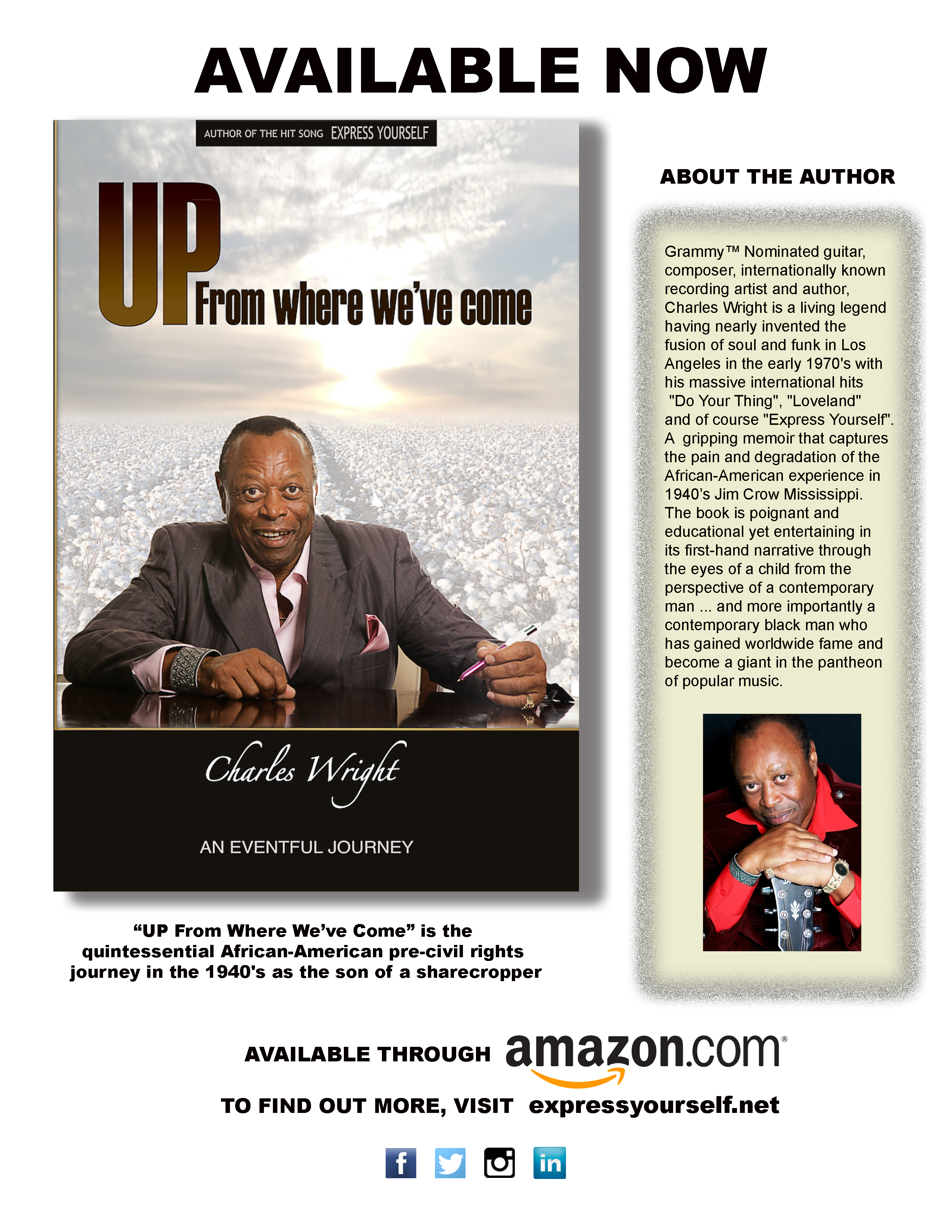 Presenting Still On The Road To Freedom

In a not-too-distant era, the machinations of capitalism and personal vendettas unified to entrap the working class, and their families, into an endless cycle of debt and destitution. However, despite overwhelming odds, it is important to remember that the determination of the human spirit will always find a way to prevail. Gain valuable insight on the past with UP by Charles Wright. Part autobiography and part novel, this is the story of the life and times of a boy, his family, and their journey to find a better tomorrow.

Still On The Road To Freedom contains historical moments, and you will experience insights on the author’s life long before he gained his status as a music legend. Like his music, Charles Wright’s story is a historical account of events that could only be told in his own personal and unique style. Unfiltered and unflinching, this eventful journey will stay with you long after you have reached its end.

Still On The Road To Freedom is the true story about music legend Charles Wright as a young boy long before he gained his musical status. Charles Wright writes about his childhood and his family’s trials and tribulations on a cotton plantation.

The owner of the plantation is Edward Miles, a cruel sharecropper who uses his unfair advantage to dominated Charles’ family. Miles owned 400 acres of land, and he made the family work 40 acres of his plot. Naturally, such a responsibility required an oversized family, which, at the time, was a sharecropper’s dream.

Charles’ father worked closely with Miles to reinforce poor working conditions and punishments for those who did not meet production expectations. The implications of poverty drove Charles’ father to develop a habit of taking his personal frustrations out on him.

At the critical age of eight, Charles’ father demanded he pick no less than a hundred pounds of cotton a day in which he could not deliver. Failure to comply with orders meant harsh whippings which were continuous and daily even after the family relocated to California.

During the late 1940s and early 1950s, Charles’ parents decided to leave the cotton industry for good. They plotted a scheme to leave the plantation, where they moved into Clarksdale. However, Miles was not so willing to let go of his workers. The old sharecropper was relentless in making life difficult for Charles’ family. In an effort to dash the dreams of the family, Miles used his influence among other white Southerners to deny Charles’ father employment. Trapped in a desperate bid for survival amidst economic despair, the family was constantly at a breaking point.

Still On The Road To Freedom details the true life stories of Charles Wright and his family; their one incident after another; their numerous trials and tribulations; and their harsh mind manipulations labeled “SHARE CROP MENTALITY” still present even today.

But how did they get away? Charles’ mother sought help from her oldest daughter, who had already moved out of the state. But before then, the narrative takes many twists and turns. Yet, in the end, it has a surprisingly pleasant way of resolving itself despite overwhelming odds.

Still On The Road To Freedom reveals the determination of the human spirit and its’ will to always find a way to prevail. It is a testimony of brain wash that even free in California, the “SHARE CROP MENTALITY” kept them enslaved to the brutal beatings. Yet, Charles Wright prevails!

Currently Available at Amazon and Kindle

Contact Charles Wright today to pre-order your copy of Still On The Road To Freedom. Charles proudly writes for audiences nationwide, with emphasis in California.